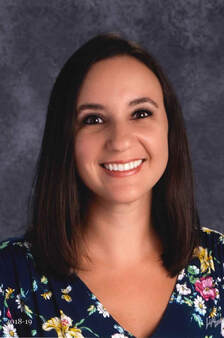 Señora Victoria Smith
Señorita Smith grew up in a small town in Central PA. She received her undergraduate degree from   Slippery Rock University with a B.S. in Spanish Education K-12 and a certificate in teaching English as a Second Language. She studied abroad in Alcalá de Henares, Spain. Her Masters degree is in TESOL from California University of PA. This is her 14th year of teaching Spanish at BAHS. She also is a co-advisor for The Spanish Honor Society.

​Señorita Smith enjoys reading, exercising, and spending time with her friends and family. She also loves to travel and especially loves visiting different Spanish speaking countries. She is looking forward to teaching Spanish 1 and 3 this year!!

To learn more about Srta. Smith and her courses you can visit her website:
Señora Smith's Website

Ms. Zimdahl-McManus is more commonly known as "Profe", throughout the High School where she teaches Spanish levels 2, 4, & 5/AP Spanish Language and Culture. She is also the Chapter Sponsor and co-advisor for the Spanish Honor Society along with Ms. Smith. She is the Co-Advisor for the Class of 2023 along with Ms. McCamley and chaperones Snow Sports Club with Mr. Diehl & Mr. Weigold. While in her 17th year of teaching, this is her 10th year at Bellefonte High School. Prior to Bellefonte, she taught in Clearfield, PA as well as a suburb of Buffalo, NY.

Western New York is where Profe grew up, specifically, Grand Island. She attended Niagara University for both her Undergraduate Degree, in Spanish and Latin American Studies, as well as her Graduate Degree in Secondary Education. She feels very fortunate to have studied abroad multiple times: a summer in Seville, Spain and a semester in Santiago, Chile. Additionally, she studied in Thailand while pursuing her Master's Degree and has traveled to other parts of Asia and the world! In the Summer of 2017 she earned a scholarship to study in Salamanca, Spain where she polished her Spanish skills. Her favorite part of teaching is being able to take her students abroad and watching them grow before her eyes using the language and skills she's worked so hard to teach them.

Along with her husband Mr. McManus, - a BAMS Math Teacher - she enjoys spending time with family, especially their two young children who keep them on their toes and loving life! In the winter she loves to ski and in the summers she enjoys boating, swimming, and any other type of water sport.

To learn more about Profe's courses you can visit her website here: http://www.basd.net/Domain/1328 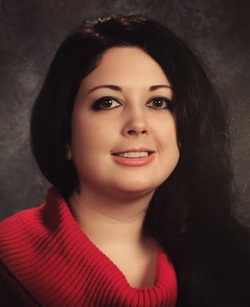 Señorita Ashley Waite
Señorita Waite has been teaching at the middle school since 2013. She also teaches Spanish to the 4th and 5th graders around the district. She grew up in a small town in Central, PA and attended PSU for her  undergraduate studies. She has a B.A. in Teaching Spanish K-12 and a certification for teaching English as a Second Language. In 2017 Señorita received her Masters degree through California University of PA in TESOL. In her free time, she enjoys spending time with family and friends, crafting, and cooking. 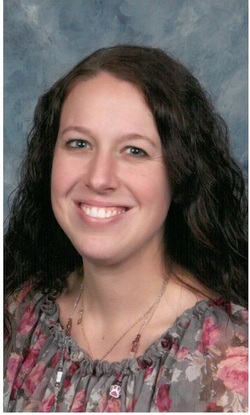 ​Señora Kylie Hernandez
Señora Hernandez teaches Middle School Spanish. After graduating from Penn State, she went on to get her Master's degree in Curriculum and Instruction from Gannon University. She is excited to be back in her home district of Bellefonte teaching in one of the same schools that she attended as a child!
​
In her college years, she studied in the lovely city of Alicante, Spain, which is situated along the mediterranean. In addition to her studies, she volunteered to teach English to elementary students. A few years later she gained her certificate to teach English to Students of Other Languages (ESOL) through a study abroad program in Ecuador.

Señora Hernandez enjoys going for walks with her daughter and baking delicious desserts such as cookies and Tres Leches. One of her favorite parts of teaching is watching her students go from non-Spanish speaking students with little to no Spanish background into confident, language-learners!